Dr Parvez Alam from the School of Engineering is part of a team of international researchers who have documented a previously unknown behaviour in the mudskipper fish.

The team travelled to the Indonesian island of Java where they observed the mudskipper hopping across water as well as climbing trees and scaling rock surfaces.

The mudskipper is an amphibious fish - meaning it can walk on land and live both in and out of water - native to tropical and subtropical regions. The team had already observed the fish being able to leap out of water, but none had ever encountered a case of a fish that could repeatedly ‘hop’ across the surface of the water.

“This species of fish is an odd one as it likes to spend more time out of water than in it according to our observations,” Dr Alam said. “We expected tree climbing, as we had known about this for a few years... We didn't expect it to start hopping across the surface of the water.”

The team recorded a series of slow motion videos to analyse how the mudskipper was able to achieve this unusual form of locomotion. They reached the conclusion that the water skipping motion was a panic response or way of escaping from a perceived threat, partly due to the sharp contrast of this movement with its calmer and more linear movements when walking on land. 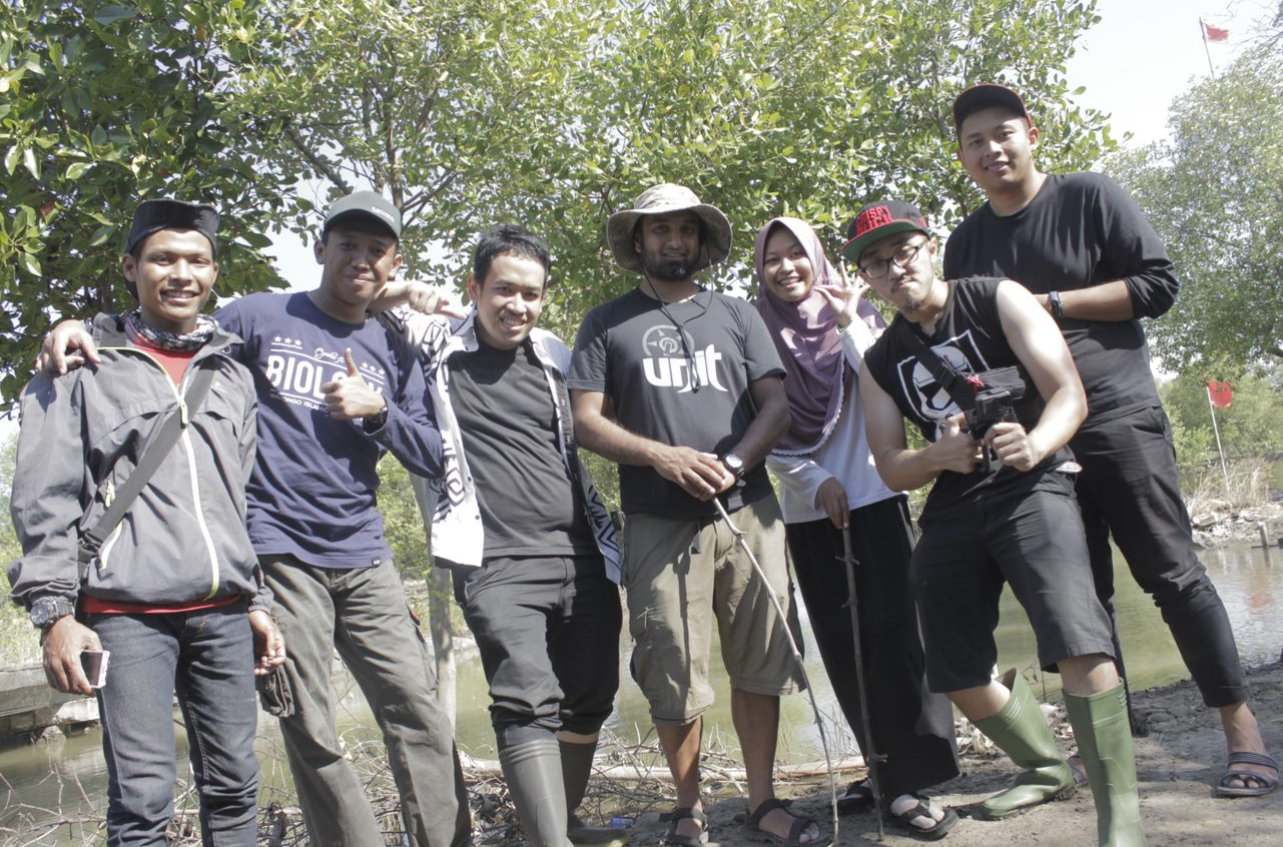 This research was part of a collaboration with the Universitas Gadjah Mada (UGM) in Indonesia, with whom the University of Edinburgh has recently established a Memorandum of Understanding.

Dr Alam is the Edinburgh lead with a focus on physics, modelling and materials science, while Dr Bambang Retnoaji is the UGM lead with a background in ethology and physiology. By combining their expertise, the team have been able to develop holistic, cross-disciplinary approaches to provide insights into the functional morphology of mudskippers.

Dr Alam, who works at the interface between biology and engineering, started this research around five years ago, when he ran biomimetics research groups in both Finland and Indonesia. As part of his interdisciplinary work in the School, Dr Alam seeks to “understand mechanical and material designs in nature, and apply the ideas gained to advance engineered products and technologies.”

The research has since been shared by Newsweek, the New Scientist and the Daily Mail.